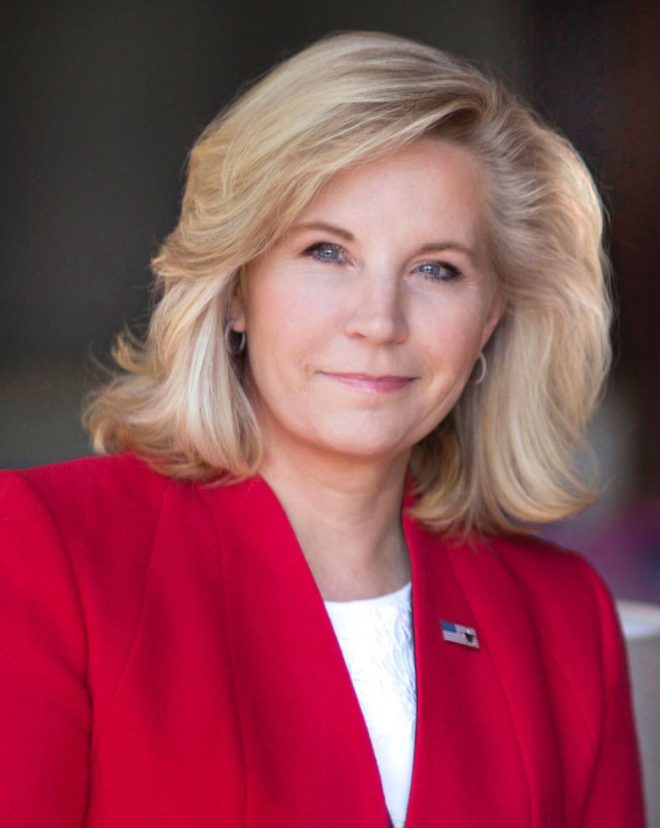 Liz Cheney serves as Wyoming’s lone member of Congress in the U.S. House of Representatives. She was first elected in 2016, on a platform of pursuing conservative solutions to help create jobs, cut taxes and regulation, expand America’s energy, mining and ag industries and restoring America’s strength and power in the world. Cheney serves on the House Armed Services Committee, Natural Resources Committee and Rules Committee.

Prior to her election to Congress, Liz served as the Principal Deputy Assistant Secretary of State for the Middle East. She also practiced law at White & Case, was a Fox News Contributor, and the co-founder of two non-profit organizations, Keep America Safe and the Alliance for a Strong America, focused on educating voters about the importance of American leadership in the world. She is the co-author, along with Vice President Cheney, of Exceptional: Why The World Needs a Powerful America, and a member of the International Board of Advisors at the University of Wyoming. 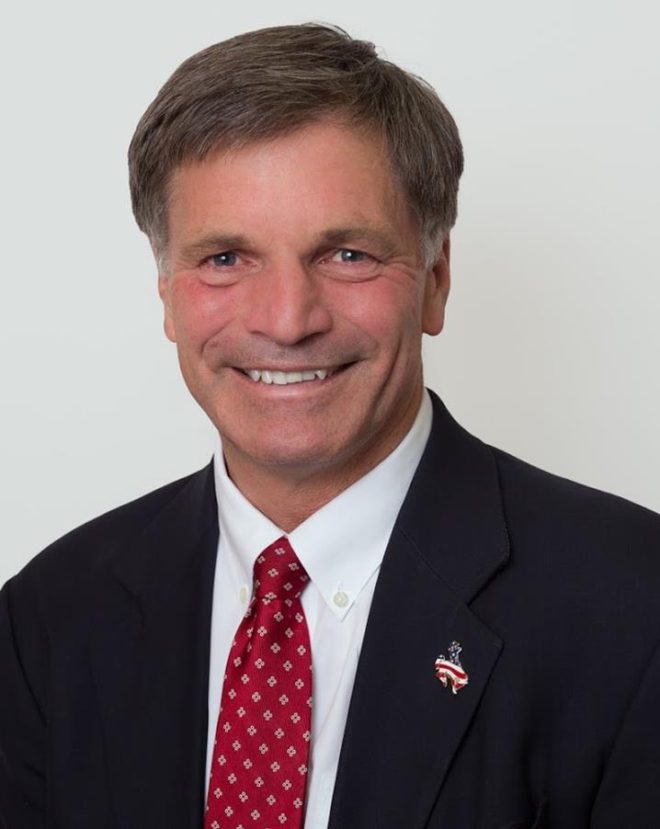 WY Governor Mark Gordon is a rancher, small businessman, and former Wyoming State Treasurer. As Treasurer, Mark led a transformation of the office resulting in improved returns on state investments, better protection of state savings, and increased transparency and access to state financial data for the general public.

Growing up on the family ranch in Johnson County, Mark learned the value of hard work, integrity, and the importance of finishing what you start. After graduating from college in 1979, Mark ran several successful businesses in Buffalo and Sheridan including two focused on outdoor recreation and tourism. He later worked in the oil and gas industry.

Under Mark’s leadership, state investments have grown by $5 billion. He overhauled and modernized the State Treasurer’s office, ultimately positioning Wyoming to benefit further from investment income in the years to come. His efforts to improve transparency surrounding the state’s financial portfolio resulted in Wyoming being ranked number one in the United States for transparency and third in the world among all sovereign funds. 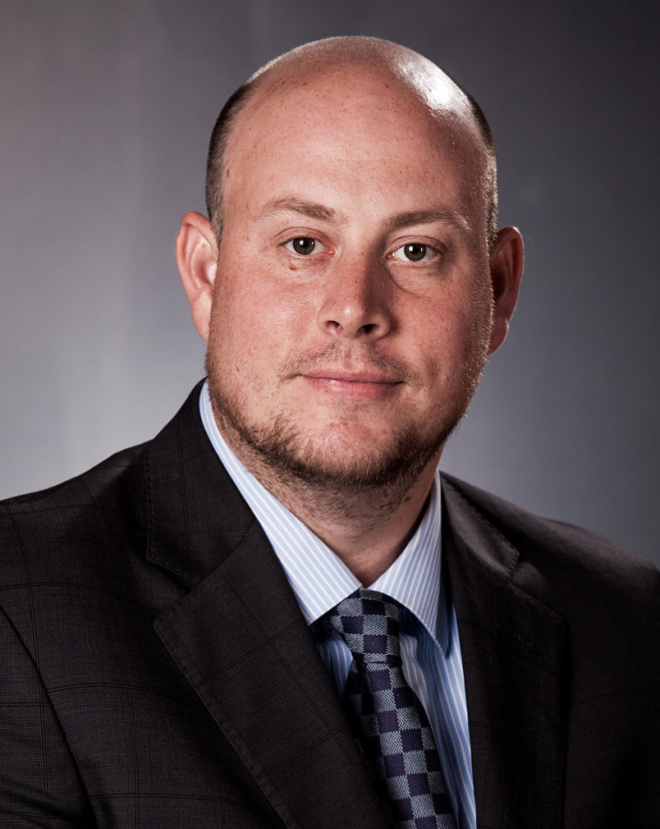 Dan Eberhart’s company, Canary, installs and services wellheads at drilling locations across the ontinental United States. Eberhart’s private equity firm, Eberhart Capital, LLC, has been involved in a total of 12 acquisitions since 2007, from several different sectors of the economy, primarily in the oil and gas industry.

Eberhart got his start as an entrepreneur when he left his job at a Houston-based international oilfield service company and purchased Frontier Wellhead & Supply Co. in January 2009. From 2009 to 2012, he added seven acquisitions of oilfield services companies to Frontier.

In January 2013, he purchased Oklahoma City, Oklahoma-based rival, Canary Wellhead Equipment Inc., for less than $100 million. The combined Frontier Wellhead and Canary Wellhead is headquartered in Denver, Colorado, and operates under the name Canary, LLC. The company has annual revenue of more than $100 million. Eberhart serves as CEO. The company is now the sixth-largest privately owned oilfield service company and the largest independent wellhead service provider in the United States. 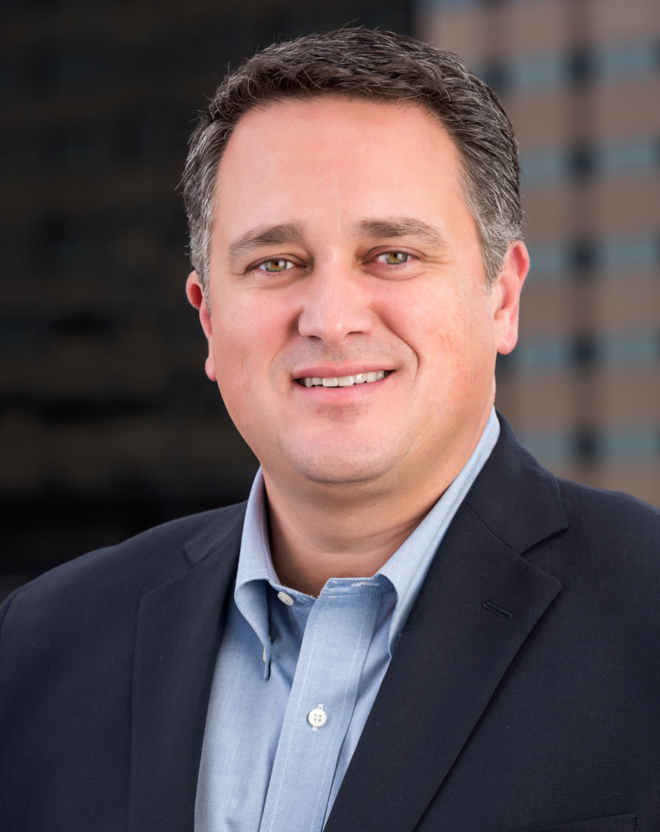 Previously, he was Vice President of Communications, Development and Strategy at EIS Solutions, a public affairs firm where he served as a consultant for numerous corporate and political clients, including oil and gas interests. Prior to that, Mr. Haley spent more than 20 years in the communications field, including 13 years at The Denver Post, where he was the Editorial Page Editor. He also was Director of Corporate Communications for CoBank, a $100 billion bank headquartered in Denver. 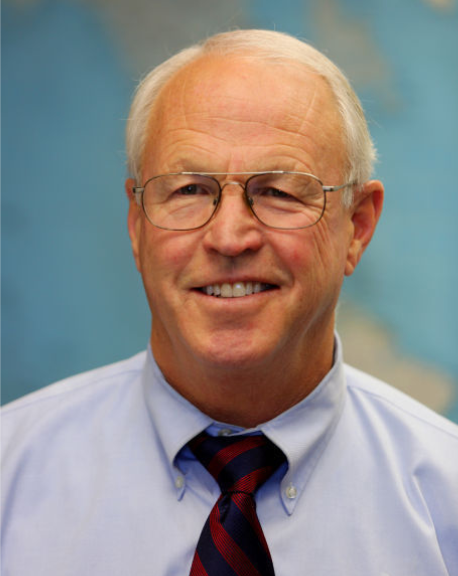 Peter Wold is a senior partner of Wold Oil and manages the Casper office. Mr. Wold is a Landman by background but is integrally involved in all major business decisions. Previously, Mr. Wold served as the Chairman of the Board of Directors of the Wyoming Enhanced Oil Recovery Commission (EORC), and is an active member of the Wyoming Association of Professional Landmen (WAPL), the American Association of Professional Landmen (AAPL), and a former member of the Board of Directors of the Independent Petroleum Association of Rocky Mountain States (IPAMS), Managing Partner of a cattle ranch located in Wyoming, Director and Chairman of the Denver, Colorado branch of the Federal Reserve Bank of Kansas City from 1993 through 1999, Director of the New York board of Oppenheimer Fund, Inc., a mutual fund company, from 2002 through 2015, a Director of Arch Coal Inc. from 2010 through 2016 and a Director of American Talc Company from 2000 through the present.

Mr. Wold grew up in Casper, Wyoming and graduated with a Biological Science degree from Colorado State University in 1971. 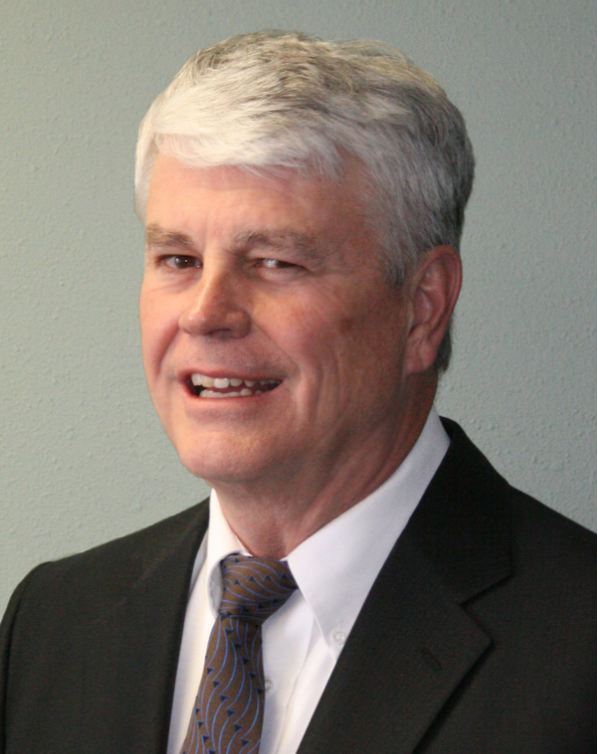 Ron Auflick Thanks Ron Auflick is a Partner in Wold Energy Partners LLC. with responsibilities for all of their drilling operations. Focused now in Wyoming’s Powder River Basin, he is a recognized oilfield professional, with over 40 years of diverse domestic and international experience. Working in 30 plus countries, he has exposure to all aspects of drilling and completions with professional focus on extended reach and unconventional horizontal wells. Mr. Auflick spent his first 20 years breaking out with Shell and then British Petroleum. Following that as a Senior Advisor, he worked for K&M Technology, the premier horizontal and extended reach engineering firm in the world. During this tenure, he designed and supervised the first 40,000 ft. extended reach well (Sakhalin Inland). Mr. Auflick has authored papers for Society of Petroleum Engineers (SPE), AADE, American OIL & Gas Reporter, Oilfield Review, and for American Society of Mechanical Engineers. Additionally he teaches courses for the (SPE), on developing unconventional resources. Mr. Auflick is a native Wyomingite, a Marine and has B.Sc., Engineering w/Honors, from University of Wyoming. He also serves on the Board of Directors for CATC/Bus in Casper. 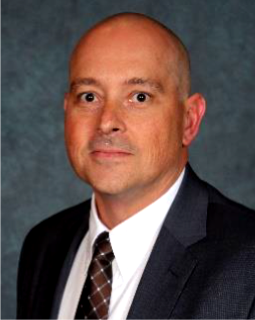 Tom Kropatsch is the Deputy Oil and Gas Supervisor at the Wyoming Oil and Gas Conservation Commission (WOGCC).  His responsibilities at the WOGCC include implementation of the agency’s environmental programs such as baseline groundwater quality;  remediation and disposal of exploration and production generated wastes; recycling, reuse, and disposal of flow back and produced water; spill and incident response; pit and seismic permitting; bonding; and others.  Tom is the program director for the agency’s Class II Underground Injection Control program and since 2015 has been leading the replacement of the agency’s legacy database and development of the e-permitting system.  Prior to his time with the WOGCC, Tom spent approximately ten years working in the environmental consulting industry.  Tom is a Wyoming registered Professional Geologist. 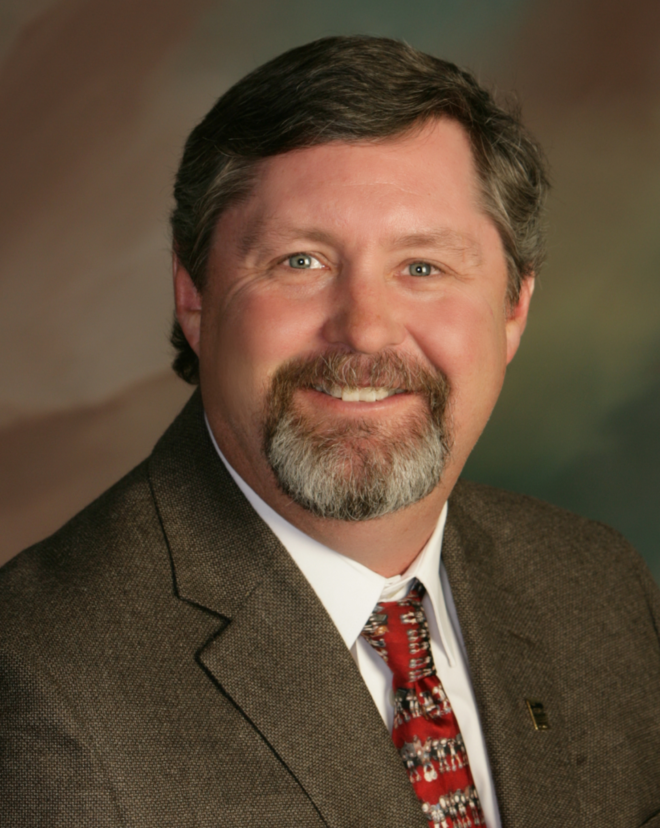 John Robitaille has been with the Petroleum Association since 2002.  He currently serves as the Vice-President for Environment, Health and Safety advising the President and Association members on issues related to environmental compliance, safety issues and other regulatory affairs.  After working in the oil field, John served Wyoming on the Energy Council and the Wyoming Business Council for former Governor, Jim Geringer.  John grew up in Casper, Wyoming, and graduated from Kelly Walsh High School and the University of Wyoming with a Bachelor of Science degree.  In his off time, John enjoys spending time with his family and dogs and is an avid hunter and angler. 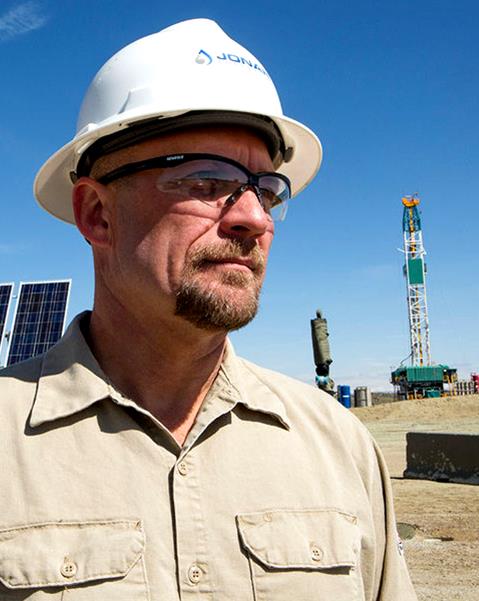 Paul Ulrich is an 20-year veteran of the oil and gas exploration and production industry in Wyoming.  He currently serves as a Director for Jonah Energy LLC.  Jonah Energy operates the Jonah Field in Wyoming, one of the largest gas fields in North America. Prior to coming to Jonah Energy, Paul worked at Encana Oil & Gas as a senior advisor.

Paul is Chairman of the Petroleum Association of Wyoming, serves on The Nature Conservancy Board of Trustees and is Past Chairman of the BLM Resource Advisory Council.  He also serves as an oil and gas representative on Wyoming Governor Mead’s Sage Grouse Implementation Team since the team was founded in 2007.

Prior to his career in oil and gas Paul served in the United States Navy in the intelligence community and served on the staff of a Wyoming Governor and Wyoming Congressman.

Paul, a fourth generation native, grew up in Meeteetse and Cody, Wyoming and is an avid motorcycle enthusiast, fly fisherman and hunter.  He and his family now live in Pinedale, Wyoming. 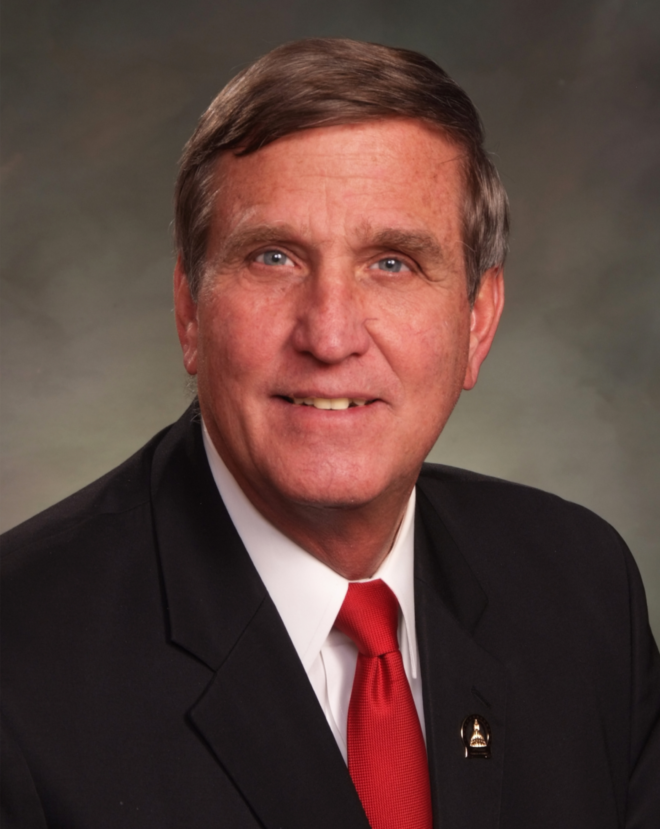 John Cooke is one of three senators that represents Weld County. Senate District 13 is exclusively in Weld County and includes the cities of Greeley, Garden City, Evans, LaSalle, Milliken, Gilcrest, Platteville and Ft. Lupton.   Senator Cooke was reelected overwhelmingly to his second four-year term in the 2018 election.  In his first term John served on the Agriculture, Natural Resources and Energy Committee, Chairman of the Transportation Committee and Vice-Chair of the Judiciary Committee. Senator Cooke was elected as the Majority Whip for sessions 2017 and 2018.  When the Republicans lost control of the State Senate in the 2018 election, Senator Cooke was elected by his peers as the Assistant Minority Leader and currently is serving as a member of the Judiciary Committee and the Committee on Legal Services. 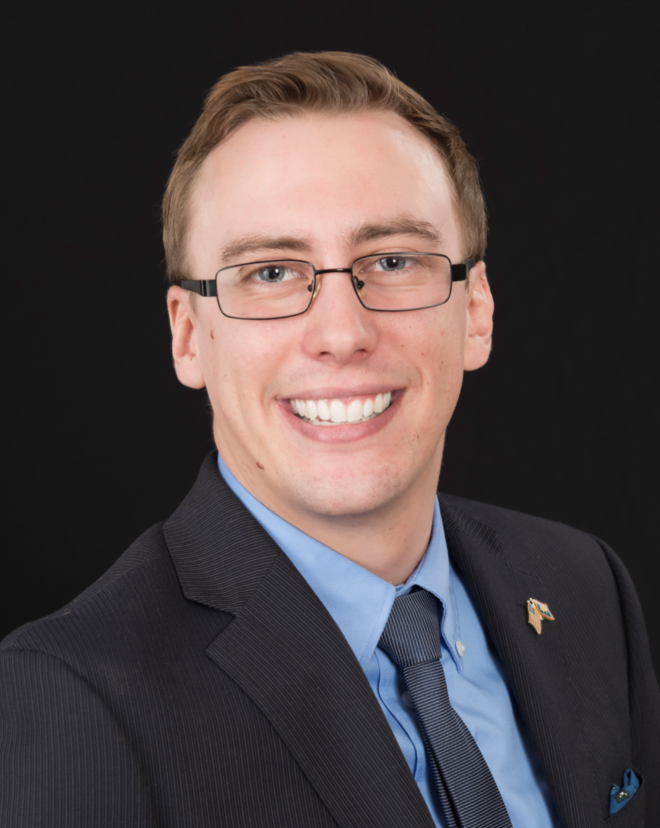 Conner G. Nicklas was heavily involved at the University of Wyoming College of Law where he received his law degree and graduated with honors in the top 10 of his class. He was a staff member for the Wyoming Law Review. Conner also was a member of the University of Wyoming College of Law’s Energy, Environmental and Natural Resources Clinic (EENR Clinic). The EENR Clinic allows members to work with the Wyoming Attorney General’s Office and environmental law work on behalf of the state. As a member Conner successfully argued a show of cause hearing before the Wyoming Oil and Gas Conservation Committee, made recommendations to the Wyoming Department of Environmental Quality on behalf of the Attorney General’s Office on how to be in compliance with Equal Protection Laws while awarding grants and issuing permits, and attended internal meetings with the Attorney General’s Office, including negotiations and preparations for appeals to the 10th Circuit. Conner also helped published an article on behalf of the University of Wyoming College of Law and the Haub School of Natural Resources outlining Federal and local water quality requirements. 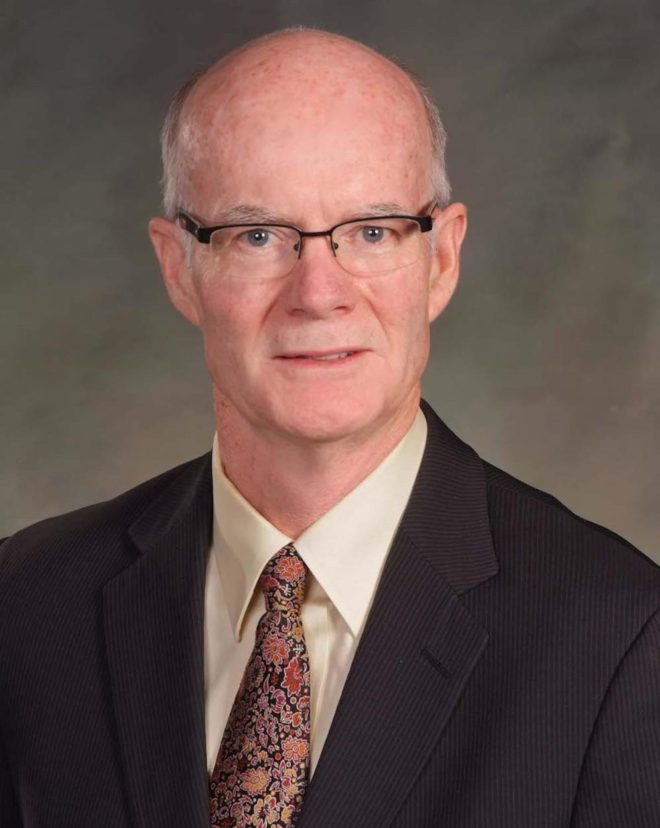 Michael Von Flatern is a Republican member of the Wyoming State Senate, representing District 24. He was first elected to the chamber in 2004. He is currently the Wyoming Senate Vice President, Chairman Senate Minerals, and Business and Economic Development.

Von Flatern was owner and president of Von’s Welding, Incorporated from 1979 to 1997. He is also a pilot. 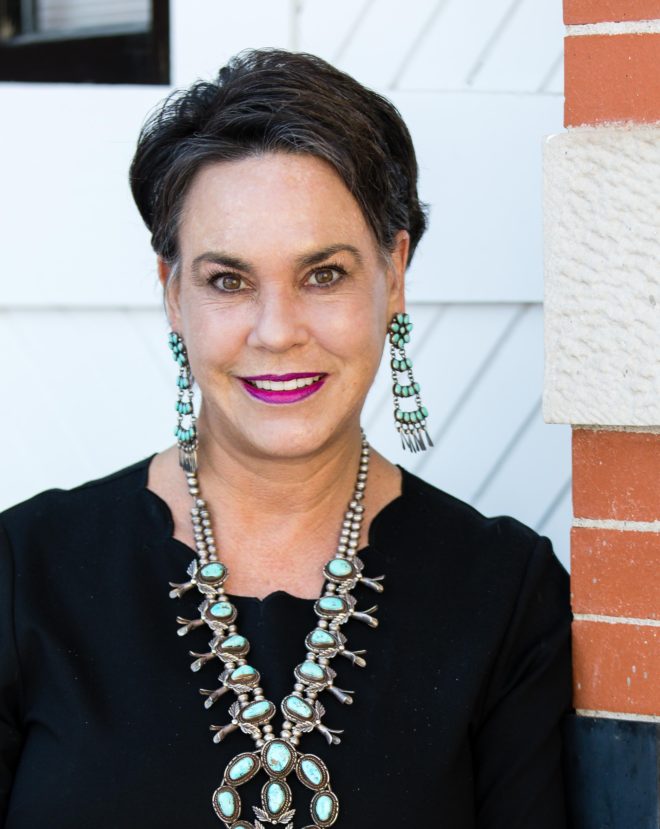 Harriet Hageman has been a trial attorney for almost 28 years. She began her focus on water and natural resource issues in 1997 when the State hired her to handle Nebraska v. Wyoming, defending our rights to the North Platte River. She opened her own law firm in August, 2000, and has dedicated her career over the last few decades to fighting for Wyoming and our citizens. Harriet is well known for challenging federal overreach, for protecting our water rights and users, for exposing federal land and wildlife mismanagement, for protecting private property rights, for challenging unconstitutional acts by both state and federal agencies, and for working with local governments to ensure that they can meet long-term water demands. Clients include numerous municipalities, counties, sportsmen and outfitting groups, landowners, farmers, ranchers, irrigation districts, oil and gas companies, real estate brokers, parents and children seeking to defend their constitutional rights, gravel companies, and other small business owners. Harriet is licensed to practice law in Wyoming, Michigan, Colorado and Nebraska and is admitted to practice before the United States Supreme Court. 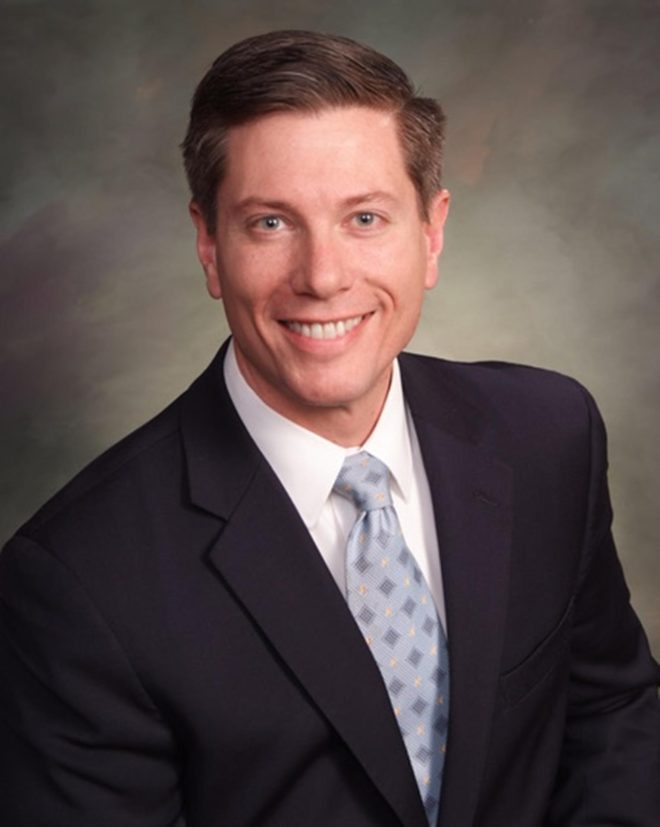 He was a Pastor at the First Baptist Church of Thermopolis and works extensively as a speaker and teacher as well as an administrator. He also served as the Chairman of the Hot Springs County Republican Party and as Parliamentarian for the Wyoming Republican Party.

Winters graduated from high school in Cheyenne and has a Bachelor’s degree in Theology and a Master’s Degree in Religious Education. He lives in Thermopolis with his wife, Christie, who is an elementary school teacher. They have three children.